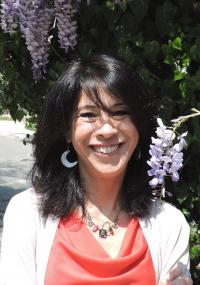 Formal semantics, formal pragmatics, and their interaction with syntax focusing on the following empirical domains across languages: Negative Polarity and Negative Concord, interrogative sentences and predicates that embed them, presupposition projection, and focus associating particles.

Guerzoni, E. and Y. Sharvit. You can Ask Whatever You Want: A general Introduction to The Semantics of Questions. (Oxford University Press) (In progress)

Dikmen, Furkan, E. Guerzoni and Ö. Demirok. A Monster Can Shake Your Grounds. On Turkish”Hani”. (In progress)

Guerzoni, E. “Stress in The Italian Verb System: A morphology-driven Account”. For submission to Glossa. (In progress)

“-Whether or not-, ...or not?” Keynote address at the annual meeting of the Korean Society of Language and Information. Hongik University, Seoul (Korea). 2013.

“The Scope of Scalarity, Additivity and Exclusivity in the Composition of Some NPIs.” Invited Speaker at the Symposium “Semantic/Pragmatic Perspective on Negative Polarity Items.” 2007 Annual Meeting of the Linguistic Society of America, Anaheim, CA. January 6th, 2007.

“When Even is Also Only”. Invited Speaker at the Workshop Polarity from Different Perspectives, sponsored by the Department of Linguistics, New York University. March 12, 2005.

Commentator on “Embedded Pronouns” by Yael Sharvit at the second USC Workshop in Linguistics and Philosophy: Syntax and Semantics with Attitude. April 17, 2005.

“Whether or not NPIs in Questions”. With Yael Sharvit. Invited Talk at the Workshop on Negation. Hebrew University, Tel Aviv (Israel). February 8-10, 2015.

“The Scope of Scalarity and Concessivity: On Even, Only and Even if.” University of Tübingen. (Germany). November 27, 2006.

“The Scope of Scalarity and Concessivity: On Even, Only and Even If.” University of Milano, Bicocca (Italy). BILL Seminar Series. December 14, 2006.

“Scalarity in Focus. A Study of Scalar Focus Particles and Polarity in Germanic and Romance Languages.” University of Konstanz (Germany). February 13, 2006.

“Why Even Ask?” Research Colloquium, University of Wisconsin at Madison. May 2004.

“-Whether or not anyone- but not -Whether anybody or not-.” 19th International Congress of Linguists. Geneva (Switzerland). May 22nd-27th, 2013

Semantics and Linguistic Theory (SALT) 13. University of Washington Seattle (WA). ‘A Lahiri-type analysis of Auch Nur and Anche Solo.’ May, 2003.

MIT, UConn, UMass Workshop in Semantics. (With Yael Sharvit). Massachusetts Institute of Technology, Cambridge, MA. ‘The Wonders of Any.’ November 2002.

The 8th Conference of the Student Organization of Linguistics in Europe (CONSOLE 8), University of Vienna, Austria. ‘Towards a Movement-based Account of the Locality Constraints on NPIs.’

West Coast Conference in Formal Linguistics XII. San Diego (CA). ‘Saying Not Even and Meaning Even Not: Compositionality and Scope.’ March 2003.

“Whether or not Anything but not Whether Anything or not” invited poster presentation with Y. Sharvit at the pre-NELS birthday celebration and Festschrift presentation for Irene Heim. MIT. Department of Linguistics and Philosophy. October 30th , 2014.

When Even is Also Only.” Syntax+. Department of Linguistics, USC. March.

Ling 111 and Ling 101. Introduction to Linguistics